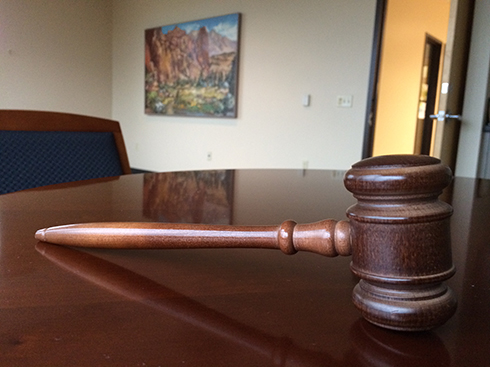 Not all REALTORS® who subscribe to RMLS™ have an intimate familiarity of the RMLS™ Rules and Regulations. This is why the Data Accuracy staff work hard each day to reach out to subscribers and correct issues that have been spotted in listings or address other concerns called in by fellow REALTORS®.

As Data Compliance Manager I’m relatively new to RMLS™ but one of my roles is to educate subscribers about the RMLS™ Rules and Regulations in our ongoing effort to ensure data accuracy on RMLSweb.

One of the most basic questions our subscribers may ask themselves is this: what happens when a RMLS™ subscriber breaks one of the RMLS™ Rules?

The answer depends on the rule, and whether a formal complaint was received. There are two types of issues that get sent to us. The most common of these is done using the report issue button that is found on the listing in RMLSweb, calling the RMLS™ Help Desk, or sending an email to rules@rmls.com. This is an anonymous process and is helpful to us in identifying errors on listings as well as rules violations.

The second type is the formal violation. A formal violation is not an anonymous process and involves accusations of rule breaking that could carry a sanction. These are far less common but we take them very seriously when they happen. Between January and July 2017 RMLS™ had received six formal violations. All of them were regarding various misuses of a lockbox (Section 5.1.l. Lockbox Access). Of those, three were for not following showing instructions, two were for entering a property while it was in pending (PEN) status and the last was for using it, the lockbox, for something other than real estate business. The six violations were reviewed by the Rules Committee and a total of $1,350.00 in fines were sanctioned. In one case, lockbox privileges were suspended.

The RMLS™ Rules and Regulations Committee has requested that reports about the number of formal violations, the type of violation, and the result get shared periodically with subscribers. RMLS™ will be reporting updates throughout the year, so keep watching for these reports throughout the year!