RMLS™ is preparing to release phase 2 of its annual forms change on RMLSweb. In late January subscribers will notice revisions to the Oregon and Washington listing contracts.

Implementation of these changes is quite a task, largely on the part of the RMLSweb development team. The first phase of this years annual forms change was released in an overnight outage that took place on the night of December 9th. Phase 1 of the forms change project included a new supplement (New Construction), a redesign of the input sheets and supplement forms, and other changes to enhance the information available about property listed in the MLS.

Here is an overview of the changes that will be made to the Oregon and Washington listing contracts later in January 2020:

To help with readability of the forms, blank rows have been added between paragraphs. Row numbers will not appear on blank rows. In addition, when a paragraph includes “…a)….b)….c)…”, each of these will be placed onto it’s own indented row.

Brokerage Fee [Oregon and Washington]
UPDATED (January 8, 2020): Redline below was updated to include “…of the selling price or option exercise price of the Property…”

The following sentence was added to the “Brokerage Fee” section:
“From the brokerage fee an amount equal to _____% of the selling price or option exercise price of the Property or $ _____ will be offered to Cooperating Firm (BAC).”

Right to Compensation [Oregon and Washington]

In the last paragraph of the “Right to Compensation” section, the first sentence is now bolded.

The first sentence was updated to better denote the Oregon Revised Statute: “As required by Oregon law, SELLER will complete the Seller’s Property Disclosure Statement accurately based upon SELLER’s personal knowledge and information as required under ORS 105.464.“

In the signature section of the Oregon listing agreement, the dedicated fields for Participant Broker signature have been removed. In it’s place, fields were added to denote the address of the Broker’s Firm.

In both the Oregon and Washington contracts, some general housekeeping edits were made. One example is changing “…FIRM’S…” to “…FIRM’s…” and “…SELLER’S…” to “…SELLER’s…” to match formatting through out both contracts.

Dig into this phase 2 forms change: 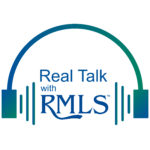 Are you ready for the annual RMLSweb forms change? This week, Beth and John review this year’s batch of forms changes—going live May 2nd along with the new Coming Soon-No Showing status and ShowingTime.

Listeners may now subscribe to Real Talk with RMLS on iTunes and Google Play!

What’s Coming to RMLSweb: Details About the Annual Forms Change

RMLS™ is gearing up for its annual forms change on RMLSweb. Later this spring subscribers will notice terminology changes, major revisions to the Oregon and Washington listing contracts, and other notable changes on RMLSweb.

Implementation of these changes is quite a task, largely on the part of the RMLSweb development team. An overnight outage will take place in late April/early May to allow for this extra work.

Once the forms change is live, here are a few of the biggest pieces you’ll see.

For residential listings where property type is attached, townhouse, or planned community AND HOA is no, the Townhouse/Planned Community Supplement will still be available but the required fields will now be unrequired.

The Oregon and Washington Listing Contracts are undergoing major revisions this year. Sections have been rearranged into a more logical order to facilitate discussions between seller(s) and selling agents. Row numbers were added, the text size was increased, and more space was added to the signature section of each contract. In addition to these layout changes, many sections received language changes as noted in the summary document (see link below). Required Detectors is a section that has been added, and the “list price” portion of the Brokerage Fee section has been broken out into its own section as well.

Changes to the RMLS™ Rules and Regulations

Language will be added to Section 3.21 of the RMLS™ Rules and Regulations to state that the seller’s broker may provide a code to a specific user with the owner’s permission.

3.21 RMLS™ Lockbox System. RMLS™ shall provide a lockbox system to active Subscribers legally eligible for RMLS™ access for the purpose of legitimate real estate business subject to their execution of a user agreement. This agreement shall provide that lockbox access devices may not be used under any circumstances by anyone other than the lockbox system user. The only exception is where the Listing Broker provides a code to a specific user with owner permission. The lockbox system shall be provided by a recognized lockbox vendor and it shall comply with current NAR® security requirements.

Real estate offices in Washington will be required to provide an office email. This email address will appear in the office roster search and will be viewable on agent reports.

RMLS™ is excited to announce that our development team has started work on several projects which will be released on RMLSweb this spring.

On the surface these projects look very different, but as they require some bigger back-end changes to the website, we’ll be rolling them into one project that should make a big splash with RMLS™ subscribers once it all goes live.

Creation of a new listing status, Coming Soon/No Showing, was approved by the RMLS™ Board of Directors in September. This new status will mean changes to the RMLS™ Rules and Regulations as well as the Authorization to Exclude from MLS Addendum.

RMLS™ will be rolling out the 2017 forms change, a regular improvement of the forms and fields on RMLSweb that are a direct result of input from RMLS™ subscribers.

Subscriber comments are given to the Forms Committee, then recommendations are approved by the RMLS™ board. This year’s changes were approved in November, and highlights include updated language to listing contracts, improved addendums, terminology changes, and some new features and small changes to other fields in RMLSweb.

ShowingTime is coming to RMLSweb! ShowingTime makes the scheduling of showings easy for everyone. RMLS™ subscribers can edit and control the showing schedule on their own listings, reducing calls and the inevitable phone tag. Using ShowingTime will be optional, so subscribers who would rather schedule showings offline will still be able to do so.

Watch RMLScentral and the RMLSweb desktop page in the coming weeks, as we’ll be discussing each piece of this larger project in more detail. If you have a question about any of these, leave it for us below!

RMLS™ is gearing up for its annual forms change on RMLSweb! Following an overnight outage [SEE UPDATES], later this spring subscribers will notice new supplements, co-lister access to in-progress listings, contract changes, the absence of map coordinates fields, and a variety of smaller changes.

Implementation of these changes is quite a task, largely on the part of the RMLSweb development team. An overnight outage will take place in late May or early June to allow for this extra work.

Once the forms change is live, here are a few of the biggest pieces you’ll see.

Floating homes will gain a supplement, as will townhouses/planned communities. If a listing is occupied by someone other than the homeowner, a non-owner occupant supplement will be available.

RMLS™ will remove all map coordinates fields (map column, map page, and map row) in this forms change. Map coordinates have not been required on RMLSweb listings since December 2013, and usage of these fields has dropped considerably since that time.

RMLS™ recognizes that some subscribers may still want to use map shapes in their work on the site, and many have saved searches that utilize these fields. RMLS™ trainers produced a brief (four minute) video that can help subscribers make the transition away from map coordinates easier.

Have you ever co-listed a property with another agent and been unable to work on the listing as a team until the listing was published on RMLSweb? A co-lister may be chosen when creating a listing in Listing Load, and that chosen co-lister will be able to edit or publish those listings along with the agent who initiated the work.

RMLS™ does its best to use listing abbreviations that make sense, but SPRNKLR is much easier to decipher than PLB-ICE. Once this forms change project is live, Listing Load on RMLSweb will be unabbreviated by default, so you won’t need to have Document #1210, Listing Abbreviations, open in another browser tab to do your work. If you prefer the brevity of an abbreviated Listing Load (or like to challenge your knowledge of RMLSweb abbreviations), a button will be available allowing you to toggle between the two options.

Looking for homes that have been on the market for a while? Days on Market (DOM) will be searchable in Advanced Search for listings in active status.

Listings in Oregon will sport a new field to indicate whether or not the seller is a permanent resident of the state. This information is now required on OREF forms.

Listing contracts will carry a space to list the license number of the REALTOR® and office, some small changes to language, and a few new selections in various fields. (See update below.)

Contract changes will include some general housekeeping and the following:
• Listing contracts will include the license number of the REALTOR® and office in the signature section.
• Listing contracts will nclude the seller’s email in the signature section.
• The language regarding procuring cause in Section 3 will be removed, as the language was found to be redundant: “or (c) is the procuring cause of an agreement to sell the Property or lease the Property with an option to purchase.”

The overnight outage to deploy the forms change project has been scheduled for Tuesday, June 6th at 10pm until Wednesday, June 7th at 6am.

During this time the maintenance mode version of RMLSweb will be available to search for listings and agent contact information. Data on the site will be read-only and users will not be able to save searches, create profiles, or enter listings.

The enhancement to Listing Load, showing feature values in their unabbreviated form by default, will be released in late June.

On October 31st, RMLS™ will release a few more edits to this year’s forms change, the result of subscriber feedback received after the initial release.