The archive of RMLS™ Market Action statistical summaries on RMLSweb has a fresh new look, thanks to RMLS™ Business Analyst/Policy Manager Christina Smestad.

If you have never seen them, statistical summaries compile many years of data from our Market Action newsletter for most areas in the RMLS™ region so readers can compare long-term market movements in key areas.

In order to improve the statistical summaries we standardized the data, added a few numbers not previously compiled, and reworked the layout to be more readable and printer-friendly. Our revised versions combine average and median sales price into one report and add inventory counts to the summary report. We think you’ll like what you see!

The treasury of statistical summaries may be accessed online two ways. Currently, subscribers logged in to RMLSweb may navigate to Toolkit->All Documents, then expand the folder titled “Market Action Statistical Summaries” on the left sidebar to find subgroups of specific geographic regions (see image at left).

As of March 28, a shortcut will be available allowing users to access quick links to statistical summaries directly from the RMLSweb menu. Subscribers logged in to RMLSweb may navigate to Statistics->Statistical Summaries for a more navigable list of geographic areas.

Moving forward, RMLS™ will update the statistical summaries more frequently than the annual updates of the past. We’re also working to expand the reports into other areas: Polk and Marion Counties, Grant County, North Coastal Communities, and Cowlitz County are planned additions for the future! 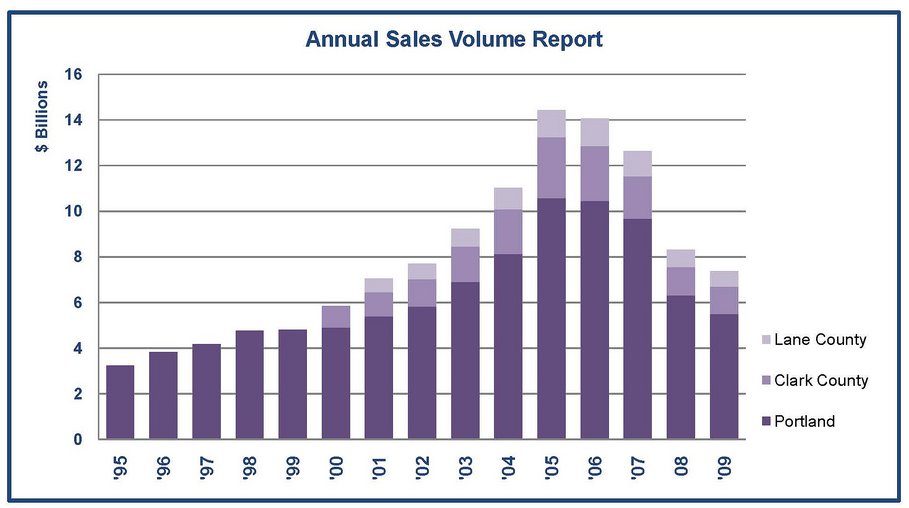 In the December 2009 RMLS™ Market Action report, sales activity was up in most areas that we cover, compared to December 2008. Though this is a positive sign, it should be taken with a grain of salt, because last December brought record lows for pending and closed sales in many areas.

Sales volume down for the year in most areas

However, the increase in sales has come at a price – Clark County saw the largest decrease (-12.6%) in median sale price for the 11 areas we cover. 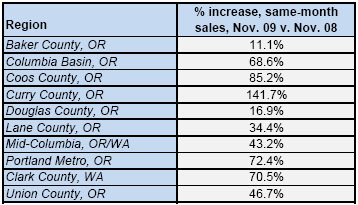 Sales up, but in comparison to a dismal month last November

The big highlight this month for many areas is a large jump in closed sales compared to last November. Curry County posted a 141.7% increase and Portland and Clark County set records for percentage increases in same-month sales at 72.4% and 70.5%, respectively.

While these stats are obviously a good sign for market activity, continue to keep in mind that last year we were at the height of the economic crisis and we hit some of the lowest points in sales totals in recent years. So, yes, sales are way up compared to last year, but remember that we’re comparing it to unusually low sales totals.

Has the winter slowdown arrived?
Closed sales had been on the rise in many key areas month-to-month through October, but it appears that the winter slowdown has arrived. Compared to this October, pending and closed sales were down in most areas, including Columbia Basin, Douglas County, Lane County, the Mid-Columbia region,  Portland and Clark County.

Inventory up
Inventory ticked up in every area except Curry County and Union County, however, most areas are well below last year’s inventory levels thanks to fewer listings entering the market and higher sales totals. For example, Portland’s inventory stands at 7.1 months – 53% less than last November’s 15 months of inventory. 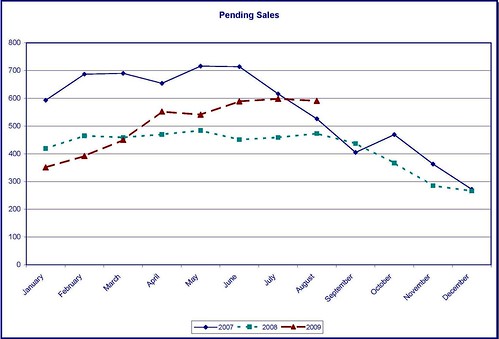