This year marks the 25th anniversary of RMLS™. Throughout the year, RMLS™ Executive Assistant Angel Johnstone will be writing about people who have been vital to the 25 year history of RMLS™. This month, she explores technology with Greg Moore, RMLS™ Vice President of Technical Systems.

As the 25th anniversary of RMLS™ slides through the home stretch, let’s have a look at 25 years of technological development of RMLS™. 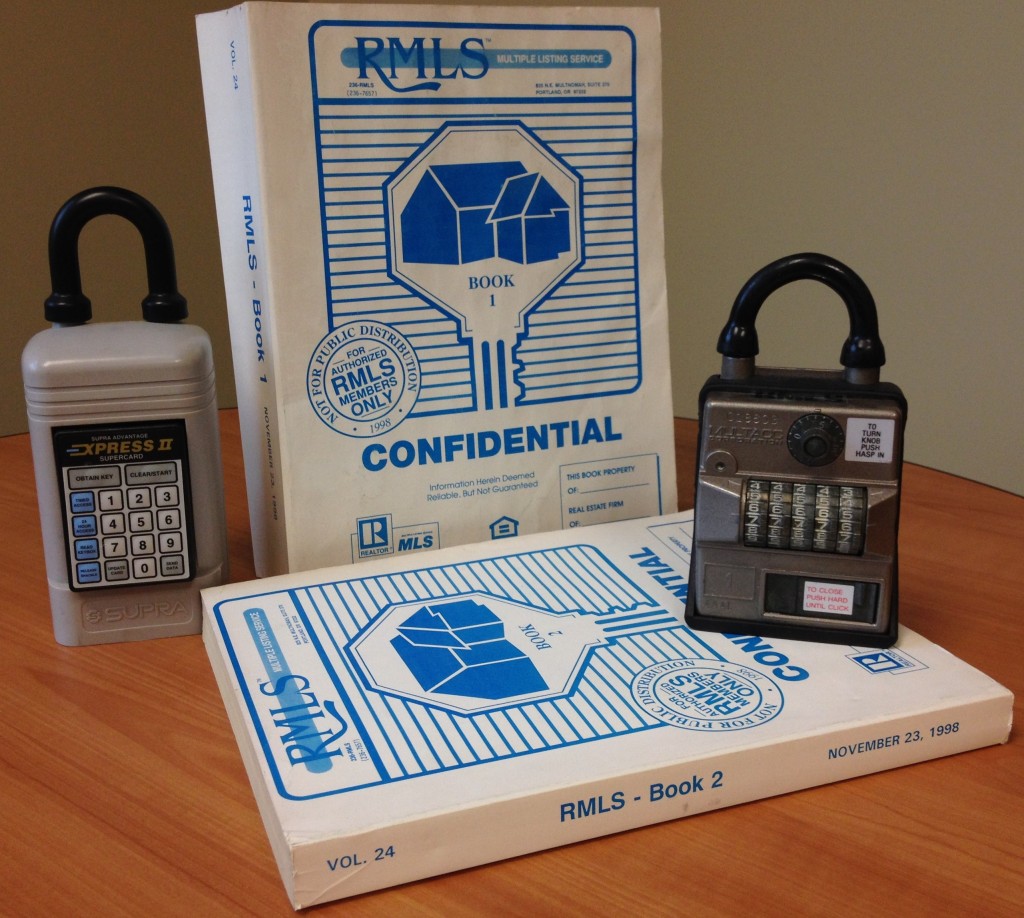 In the early days at RMLS™, all listings were published in large books like the ones shown above. These books were published bimonthly and mailed out to subscriber brokerages.

When the internet was considered “the wave of the future,” RMLS™ evolved in step, at first offering digitized data through a network of terminals called Stellar. These terminals were installed in offices and maintained by RMLS™ staff. RMLSweb was launched in 2001, and the company soon purchased code from a company called HomeSeekers in 2002. Since that time, all RMLSweb development has been executed in-house, with subscribers interacting with this system every day when they log in to RMLSweb.

Greg Moore, RMLS™ Vice President of Technical Systems, has been the lead for coding development at RMLS™ since the original HomeSeekers code was purchased. He originally connected with RMLS™ as a vendor selling MLS software and was later offered a contract position to develop software in-house.

In chatting with Greg, I asked how his team stays ahead of the curve to keep RMLS™ relevant in the swiftly changing tech world. He replied, “I’m like a geek at heart—I read a lot of technology publications but I also have a wonderful set of peers in the industry across the country doing very similar work. About 20-30 of us meet regularly and I have an excellent team of developers at RMLS™ who help us stay current as well.” 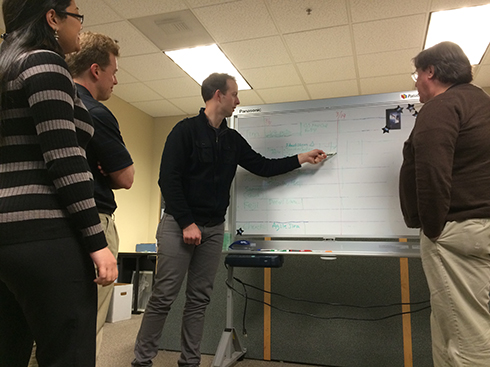 Greg noted some of the highlights his team has incorporated over the years, such as the function of drawing on a screen, integrating an overall rich body of information, producing mashups, and creating link sharing. He explained, “it’s important that we evolve with technology and we hope to do so gracefully. We are primarily focused on supporting the brokers and understanding our role in that function.”

Just like transitioning listing books to the internet, lockbox products have had to evolve with the latest technology to stay relevant. This evolution started from a simple lockbox with a key and/or combination to lockboxes that function with Palm Pilots (remember those?) and today’s lockboxes with app connectivity. We’ll even see Bluetooth operated lockboxes in the near future! Throughout these changes RMLS™ has endeavored to keep its subscribership at the forefront of lockbox technology.

Change has the ability to ruffle feathers, as most changes offer challenges, but under the direction of the RMLS™ Board of Directors, RMLS™ strives to offer its subscribers exceptional service with efficient, savvy tools. As Greg put it, “we need to be nimble and unafraid of change.”

RMLS™ has evolved endlessly over the last 25 years—from Dave Koch helping establish the organization to expanding across Oregon and Southwest Washington; from listing books to a comprehensive listing website; from simple to intricate lockboxes. RMLS™ has not only grown in size, but in measure and quality of service it offers subscribers. We’ve learned a lot over the last quarter century and look forward to the next, equally enthusiastic about what lies ahead as we are about our accomplishments and the lessons we’ve encountered along the way.

Thank you for your subscribership—you are, after all, the reason RMLS™ exists!

One Response to “Chatting About RMLS™ Technology with Greg Moore”